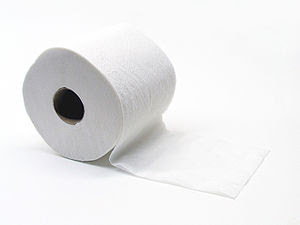 Image via Wikipedia
I didn't have much time in France when I was last in Europe....just a flying visit to stay with good friends and see that the house had not been

over run by squatters

looted to within an inch of its life

pulled down as an obstacle

or a permutation of any of the above.

It hadn't, so I returned to England to continue sorting out Mother's care programme with a clear mind.

But you don't have to be there to get the gossip.....friends keep me well in touch with local activities and I'm still close enough in time to know and be interested in the characters and the shenanigans involved.

Thus Gerard, with a snippet from the local rag covering the town close to my first house in France.

Nothing much happens in rural France in July and August...the big chiefs mess off to the coast or to the mountains and the underlings are left in charge, which accounts for the startling piece of investigative journalism in the local paper.
The cat being away and all that....
Now, investigative journalism is not something French journalists tend to go in for....it can bring about all too obviously foreseeable risks to the career as a journalist....so the person responsible for this article is either foreign - unlikely in that neck of the woods where the Front National prowl the rural areas seeking out the circumcised - or totally reckless.

What has he or she done?

Written a short article about the town's public loos.

Yes, in rural France, this can indeed be classed as investigative journalism, for not only has the journalist named them...he or she has also shamed them.
But not, in my view, sufficiently.

I remember those loos from some  twenty years ago and it would appear that nothing very much has changed except that one of them is now providing paper...actual loo paper!

My first encounter with them was when moving to France and coming to sign the acte de vente.
When house hunting in the area, I had stayed at a hotel near the station and had relied on doing so again.
It was typical of French rural station hotels.....you paid, had your passport confiscated and then carried out the French national sport which should by now have achieved Olympic recognition.
Charging up a flight of stairs with suitcase in hand before the time switch on the light cut off, leaving you to find your room number in something resembling a wartime blackout.
This experience alone explains the theory of farce.
Having found the room, clean, but sporting a bedside table upon which every travelling arsonist had put in a training session with matches, you then had to find the bathroom.

It would be somewhere in the corridor, so you had to open your bedroom door while holding your keys and washbag and in the light from your own room identify the light switch.
Then, leaving the light on in your room, sprint up and down the corridor looking for the unnumbered door which would, with luck, be the bathroom.
It wasn't guaranteed to be.
Someone's granny could get a terrible shock as the visitor burst in looking for a loo.
'Allo, Allo' had nothing on it.

And don't think about a bath...if one existed at all it would be one of those tiny tubs with a seat upon which you sat while soaping yourself.
Let no one say that the French lack innovative talent.
They'd invented the shower stool before inventing the shower.
Bit like minitel and the internet, really.

No, you usually had the loo, an occasional bidet and the wash basin. The hook on the back of the door served as towel rail and place to park your garments.
You'd forgotten your towel?
Another sprint along the corridor. And get some soap while you're at it.
However there was usually a loo roll.

So, arriving the the chill dusk of a late February evening, I headed for the hotel.
It was closed.
I asked at the station ticket office for directions to another one.
There isn't another one. Not nearby, anyway.
How close is not nearby?
Oh, on the outskirts of town, a couple of kilometres. But it's closed too. It's February.
The ticket clerk denied all knowledge of the existence of any other hotels in the area. Later experience proved him right.

Well, I'd slept in the car before and so I headed for the big parking area in the town centre, reckoning that it would be a reasonably safe place to park, with streetlights and whatnot.
All this was fine. I pulled out the car rug ready for use and went in search of a meal.
The town was closed and shuttered....not only was there no room at the inn but there was nowhere to eat. Not after seven o'clock..
I tried the main streets first and then, with growing dismay, tried some of the unlit back alleys.....it was like walking the streets of medieval Paris and I wouldn't have been in the least surprised to have seen Quasimodo descending from the church tower croaking
'Sanctuary'.

Then a more urgent need than hunger came upon me.
I needed to go to the loo.
I had seen none in my travels through the town, but reckoned that there must at least be a public loo up by the market halls where I had parked, so retraced my steps treading more and more delicately after the fashion of Agag the Amalekite as the innards made their position all too clear.

Yes, there certainly was a loo at 'les Halles'.
I could smell it before I could see it, but needs must when the Devil drives, so it was into the car for a loo roll - I had travelled in France before - and off to answer the call of nature which was by this time more like a bellow.

There was no bolt on the door, and no light bulb either.
In the dim light from the streetlamps I could make out a hole in the ground only a shade darker than the surrounds.
The cistern had no chain.
Still, with the British phlegm and sangfroid for which we are renowned in France - well, we were before they met any of us - I rolled up my trouser legs and took the plunge.
I nearly did, too, slipping on whatever it was that was coating the surrounds, but regained my balance and restored myself to normal functioning.

There was, or course, nowhere to wash my hands and on exiting I found out why there was a nice grassy plot alongside.
It was to wipe your shoes.
Still by prowling around I found a stand pipe behind the building so was able to wash not only my hands but the soles of my shoes as well...essential if the interior of the car was to be bearable for the night....and settled down to pass the night.

I might have slept if the town police hadn't driven up and circled my car like Indians round the wagon train, only to drive off when I emerged to upbraid them...but that's another matter.
As was trying to get a breakfast in the morning.

Further acquaintance with the town convinced me that I had met the worst of the public loos....but not by much - the one where the attendant charged to use the soap will stick long in the mind.for example - and the intrepid journalist has rashly given ratings for cleanliness and sanitary supplies, which is where the investigative nature of the article becomes apparent.

Why would two departments of the same council attack each other?
Because they are run by different deputy mayors. That's why.

And that is why the enterprising journalist will be lucky if he escapes with a transfer from Chiottes la Gare to Benitierville, where news in something under the ban of the church, when his boss gets back from the coast, because his boss does not want to be caught in the firing line of two ambitious men angling for the post of mayor next time round.

So, if anyone would like to join in the whip round for the entry fee, I'd like to nominate this brave soul for next year's Pulitzer Prize.
Woodward and Bernstein...eat your heart out.