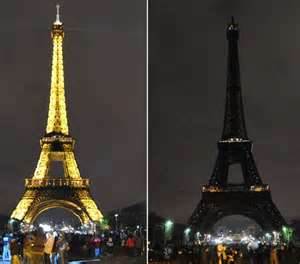 End of the world...it's Joanna Southcott's box all over again....

﻿
I returned home before the date announced by a plethora of charlatans as being that of the end of the world according to the Maya - a bloodthirsty bunch much admired by the 'peace and love and only five hundred dollars a head for a conference on Sirius' brigade.

I had seen the preparations to prevent the devoted and the demented from clambering about Mount Bugarach in south west France....provided not only by the local gendarmerie but even by the Garde Republicaine complete with horses, making a change from their usual country break guarding the vines of the Champagne region from theft by persons or other vignerons unknown.....the whole urged on by the director of the bit of the surveillance services that survey sects.

As until fairly recently the Anglican Church in France was suspected of being a sect - weird rituals with tea cups after the service and the sale and exchange of books in a foreign language providing grounds for suspicion - the news that someone had left the village in order to buy clean underpants before Der Tag was clearly enough to set the surveillance wheels in motion.

All in vain. The portals to another dimension did not open up, no more than the usual number of UFOs were sighted and Plod's overtime was cancelled.

But it was the means of reminding me of something I enjoyed and continue to enjoy about rural France.......its sheer, unadulterated parochialism.
The delight in small happenings, from the shock horror of fourteen people being fined for speeding through Ste. Conasse in the course of one afternoon - about half the population of the commune - to the delight at the reopening of the village hairdresser in Ste. Barbe, everything local is worth attention.

So it was with much pleasure that I clicked on the post from the super blog Le Cafe de la Ville, to find that the blogger's own town had not been left out of the End of the World scenario.....

The area around the station, undisturbed by much activity since the passing of the steam locomotiv, had been reported as experiencing strange noises......


All good fun, even if  retribution is to be expected from the owners of the minibus, the gentlemen of the football club........and how pleasant it is to think that someone can take the time and effort to celebrate  their  own home patch.

I'm on mine, I hope that you are on yours and I wish you a merry Christmas, wherever you are.