My Postillion has been Struck by Lightning 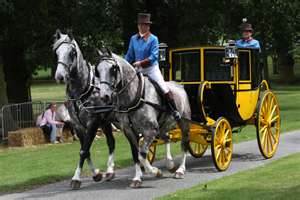 It had been arranged that mother would come to visit us in December and January, with the maelstrom from Belgium coinciding with the middle part of the visit.
The kitchen would be ready, beds would manifest themselves, mosquito nets would be purchased....all would be in hand.

On telephoning the surgery on receipt of the news the receptionist said that Doctor could make time to speak to me 'in the circumstances'  and when she put me through he confirmed that he was worried...worried enough, as he said, to brave the wrath of the matriarch, whose lungs and verbal dexterity were, he considered, standing up well to the burden of ninety six years.

So, instead of flying out to escort mother to Costa Rica I am flying out to visit her by way of a trip to France to see to the admin of Wuthering Heights - are you sure you don't want a house in France? - to upbraid the Post Office for losing my mail, visit the taxman, and encourage the Banque Postale to sell shares I told them to sell some months back.
I'm lucky enough to be staying with friends and will try to catch up on people I didn't manage to see last time....if I have time in view of the shopping list which is gaining on me faster than the tides of Mont St. Michel.

I have to bring back some decent claret from the cellar....that's O.K. as l shall be at the house in any case picking up the books on antique furniture to supply the carpenter with models for chairs for the house in San Jose.

I have to look for shoes and galoshes in size 47...a size unknown to Costa Rica.

I have to look for elasticated waist trousers in pure cotton...not too heavy.

I have to go the supermarket with the ethnic section to pick up Turkish pimiento paste, both sweet and hot.

Goat cheese logs, Fournol, Maroilles, St.Agur...harissa...and would it be easier to get kippers in France or in England...better ring our supplier out in the Vendee....and dried mushrooms....
Oh, and those packs of plastic corks and corkscrew...and is there any epine left in the cellar...?

All very well...but on my success or failure in finding this lot depends my next leg of the journey which will be determined by the weight of my luggage.

I refuse, ever again, to cross Paris with suitcases and a carry on  bag...so the train is out.

With or without the trousers and shoes it looks like two suitcases and Eurolines....but then I still have to pay for an extra suitcase flying back.
I have what I think is called an open jaw ticket - all too redolent of the sharks running the airline business...by which I arrive in Paris and leave from London...and if the problems obtaining confirmation of my booking are any harbinger of what will happen when booking an extra suitcase then I will need a week's notice to sort it out.

I found the flight combination on Iberia's website...which promptly went down at irregular intervals so  that booking a ticket was rather like a ladies' excuse me, which followers of Freud might like to know was first typed as a ladies' excise me.

Finally, my reservation was confirmed...but not the purchase.

I have been here before; when my French bank has refused...in the interests of my security...to honour an airline ticket booking as it is rather more than I spend in the supermarket once a week.

We don't do that.

However, when I was in Costa Rica someone totally unknown to me to was able to buy one thousand Euros' worth of musical equipment in St. Jean de Luz on my account without any worries about my security at all.
It took me six months to get the money back and no explanation has been forthcoming to this day...

After a delay of over twelve hours I grew restive...and was lucky enough to be able to count on a good friend in France to pretend to be me when ringing the Banque Postale to see if they had authorised payment.
Telephoning from Costa Rica I find their choice of music not up to the cost of the call.

No, nothing from Iberia.

The local Iberia office not responding to calls I eventually found a well hidden reservations number on the website. Learning how to pronounce the Spanish alphabet paid off as I recited my reservation reference.

Tranquillo, Senora...we haven't processed it yet.....wait until the afternoon....
At least it wasn't the manana of the manana.....

Thanks to my friend alerting la Banque Postale, the payment went through....but the thought of paying for an extra suitcase gives me the willies already.
Oh for the days of clerks who could answer you there and then with the aid of a telephone.

Were I to fly into Stanstead I could catch up with our hardy Harley Davidson septuagenarians...if it's Eurolines I shall miss them and stay in Kensal Rise instead, whose gentrification I lay firmly at the door of the pet shop and the inflatable doggy sex toy in their window.
Where canine sex toys lead the organic butcher is not far behind, nor the soi disant yummy mummies occupying the coffee shop which used to be a quite decent caff.

Mother has a programme outlined..her unexpected Christmas shopping.... visits to the theatre....restaurants...

But in view of what we had first arranged, it is as if her postillion had been struck by lighting.